The story of the Cape’s African, Afro-Caribbean and African-American mariners is worth its own book. Until it’s written, Capt. Collin Stephenson will be more obscure than he ought to be, though it is known that that he was a commanding figure in his day and that he and the crew of the whaling ship Carrie D. Knowles vanished in 1904, leaving one of the greatest unsolved mysteries in Provincetown history. Captain Stephenson (whose first name is sometimes rendered Colin, and whose last name is sometimes rendered Stevenson) lived here for at least 15 years before his disappearance. In other words, for anyone who says, “Let’s talk about race in Provincetown,” Race is a good place to start. END_OF_DOCUMENT_TOKEN_TO_BE_REPLACED 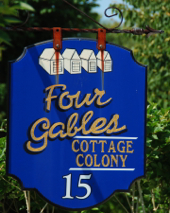 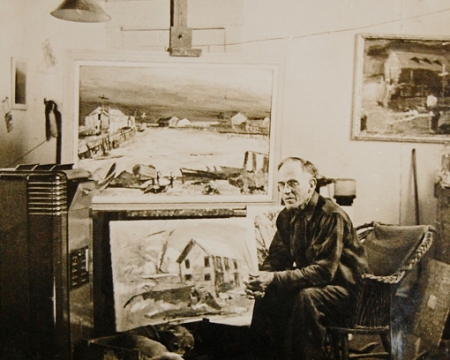 Though not especially well remembered today, the painter Charles Lloyd Heinz (1885-1953) was a prominent figure on the Provincetown art scene in his day — largely the 1930s and ’40s — and it’s easy to see why: his townscapes are bold, vigorous and evocative. Heinz had studied with both Charles W. Hawthorne and Richard Miller, and was therefore a direct heir of the art colony’s most historic figures. He was also a close friend of two of the colony’s more picturesque figures, the painter Rosa Lee and her sister, Jennie Lee, of 6 Kendall Lane. END_OF_DOCUMENT_TOKEN_TO_BE_REPLACED

Emma L. (Smith) Marshall (b ±1893), who grew up at 11 Pleasant Street, and her husband, Joseph A. Marshall (b ±1894), together ran the Fishermen’s Market at 128 Bradford Street. In 1952, they bought a number of properties, including this cluster of four buildings, from John Agna. Emma’s great-niece, Wendy Hankins, told me in 2013 that Bette Davis had stayed here in her youth. (Among the places where Davis was supposed to have appeared was the Barnstormers’ Theater, 27A Bradford Street.) END_OF_DOCUMENT_TOKEN_TO_BE_REPLACED 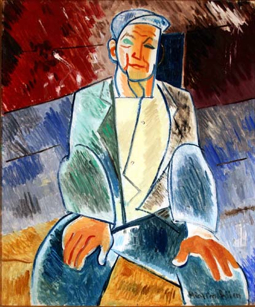 As the days of Charles Heinz neared an end at No. 17 in the early ’50s, the days of Mary Cecil Allen (1893-1962) in Provincetown were just beginning. Like Heinz, Allen enjoyed a larger reputation in her own time than history has bestowed. And like Heinz, she’s very much worth rediscovering. Born in Melbourne, Australia, Allen attended the Art School of the National Gallery of Victoria (now the Victorian College of the Arts) and the Slade School of Fine Art in London. Beginning in 1922, she studied with Max Meldrum, one of the leading Australian artists of the early 20th century. Taken under the wing of a visiting American named Florence Gillies in 1926, Allen traveled through Europe and then, because she was such an engaging lecturer on art, found herself in demand in the United States, where — the Australian Dictionary of Biography notes — she was known as Cecil Allen. END_OF_DOCUMENT_TOKEN_TO_BE_REPLACED