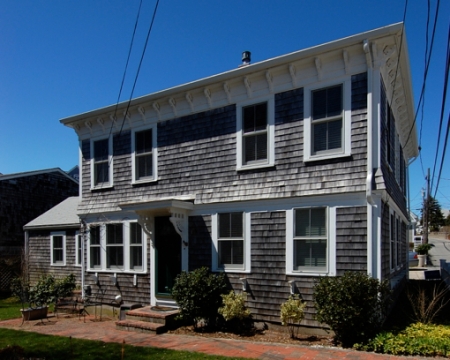 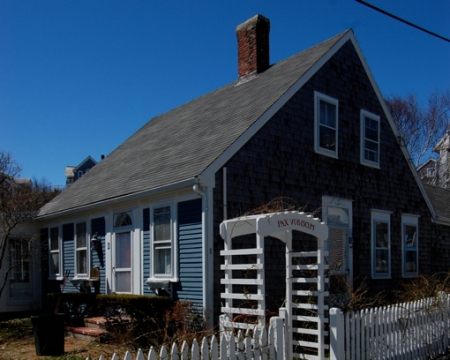 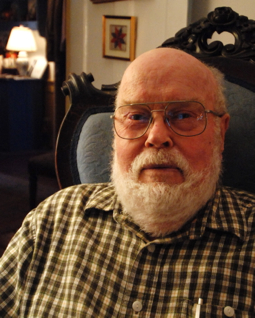 You might call Col. Charles Westcott, U.S.M.C. (Ret.), a washashore. After all, he wasn’t born in Provincetown and he didn’t settle into year-round life here until 1977, when he was in his mid-50s and at the end of a long military career. But to dwell on that technicality is to miss the fact that the colonel’s roots are sunk deeply in this sandy soil — through his boyhood, his marriage and this home, in which he happens to have grown up when it belonged to his grandmother Caroline L. Prevost. In 1945, Second Lieut. Westcott (b 1923) married the artist Carol Whorf (1926-2008), daughter of Vivienne (Wing) Whorf and the watercolorist John Whorf (52 Commercial Street), apprentice to Peter Hunt (432 Commercial Street), student of Henry Hensche (2-4 Hensche Lane) and sister of Nancy Whorf Kelly (14 Howland Street). END_OF_DOCUMENT_TOKEN_TO_BE_REPLACED 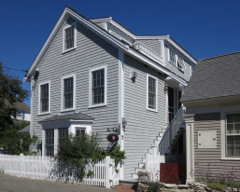 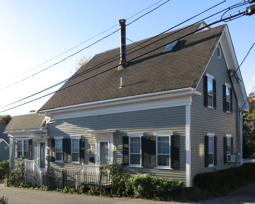 This was the first home in Provincetown of Ewa Nogiec, an artist and civic advocate, and the proprietor of Gallery Ehva, 74 Shankpainter Road. Rest of the entry to be written. ¶ Updated 2013-10-22