The Bradford-Standish intersection is downtown Provincetown’s utilitarian heart: two service stations (with convenience stores attached) and a former garage and car dealership. Like many old Gulf installations, the Gulf Oil Gas Station at 130 Bradford Street has a Colonial Revival motif. Hubert and Laura Summers owned this property until 1958 and ran a popular restaurant, It’s Hubert’s, which also doubled as the Provincetown bus terminal. They sold the parcel to Gulf Oil. Marcey’s Service Station soon opened, under Edward “Marcey” Salvador, whose name is still commemorated in the oil company. Salvador sold the gas station to James J. Cordeiro, who turned it over to his son Neil Cordeiro to run. It was known then as Neil’s Gulf Service Station. END_OF_DOCUMENT_TOKEN_TO_BE_REPLACED

That 2,000-pound elephant in the middle of the living room that nobody talks about? There are two of them in Provincetown and they are called the Winslow Street Water Tanks, No. 1 and No. 2. Apart from the Pilgrim Monument itself, the tanks are the most prominent feature of the town’s skyline, but we always seem to elide over them, as if by ignoring their great bulk, we could wish them away. Of course, they play a critical role in the town’s well-being. And you could also argue that their presence keeps the town’s visible profile — appealingly and appropriately — on the side of the functional, rather than the quaintly picturesque. They also serve as a reminder how precious water is, even when it surrounds a community. END_OF_DOCUMENT_TOKEN_TO_BE_REPLACED 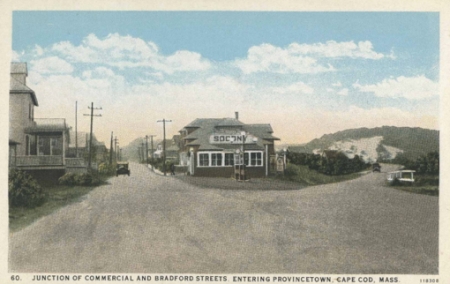 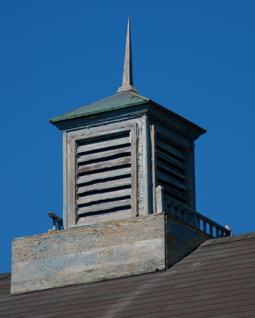 With the possible exception of Manhattan Island, there may be no settlement in America more inimical to the automobile than Provincetown. (And if you think that’s an exaggeration, just try driving along Commercial Street on a Friday or Saturday evening in summer. Drop me a line if you ever get to the West End.) So how are we to interpret the seemingly paradoxical fact that at the gateway formed by Commercial and Bradford Streets, visitors have long been greeted by an automotive service center? Just another bit of Provincetown whimsy? Or a warning to motorists: “Abdandon all hope, ye who enter”? END_OF_DOCUMENT_TOKEN_TO_BE_REPLACED

“Ye mountains of Gilboa,” David cried out, “let there be no dew nor rain upon you, neither fields of offerings: For there the shield of the mighty was vilely cast away, the shield of Saul, not anointed with oil.” The Mount Gilboa (הר הגלבוע) in the really, really, really far East End — way beyond Beach Point — was where King Saul fell on his sword in battle with the Philistines. Provincetown’s Mount Gilboa is a mountainous dune on which the town’s third standpipe was erected in 1964.