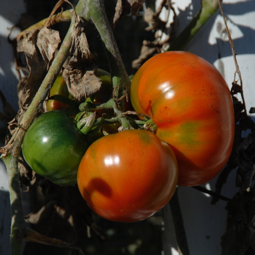 Talk about a Provincetown picture postcard scene: luscious tomatoes hanging heavily on a crisp late summer day from a white picket fence, practically begging to be plucked. (I didn’t. My mother raised me better than that.) One likes to imagine that it’s a tableau Antone Veara (±1865-1946) might recognize. Veara was born in São Miguel in the Azores and arrived in Provincetown when he was a teenager. He worked as a fish cutter at the Atlantic Coast Fisheries plant, the old Cape Cod Cold Storage at 125 Commercial Street.