In the first half of the 20th century, when there were few women doctors to be found anywhere in America, Provincetown had at least three — surely a great many more per capita than almost any settlement in the country. Dr. J. M. Winslow, an osteopathic physician, had her office here in the early 1930s.

Jessica and Joseph Lema Jr. lived here as newlyweds until they moved in 1939 to 10 Cudworth Street, where Mrs. Lema was still living more than 70 years later. A store called Tribal Offerings was here in the early 2000s, followed in 2003 by the Backshore Gallery, founded and run by Peter Clemons and Marianne Benson.

They are also dune dwellers on the back shore — hence the name of their gallery — in a shack known as the Grail. They showed Clemons’s work, as well as that of David Forest Thompson, Richard Stimpson, Walter Baranowski and Tommy Clemons. The gallery closed in 2010 but continues to exist online. 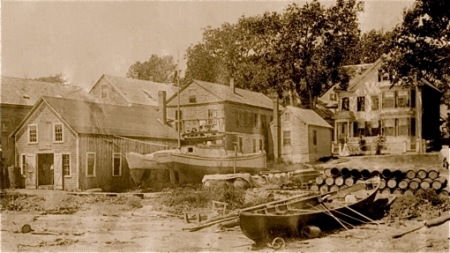